Carlos and Noah --  A story of railroad crossings and friendship 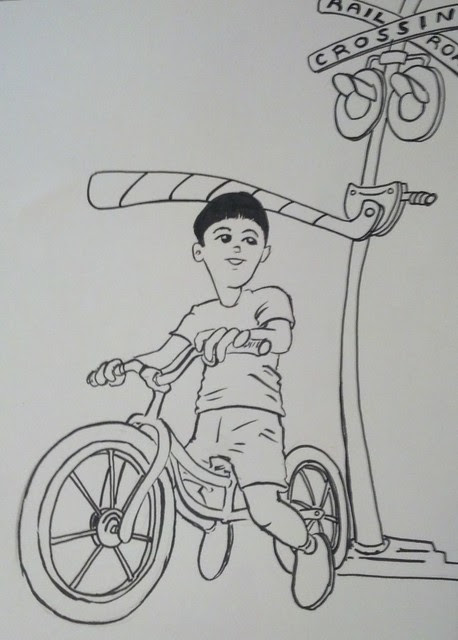 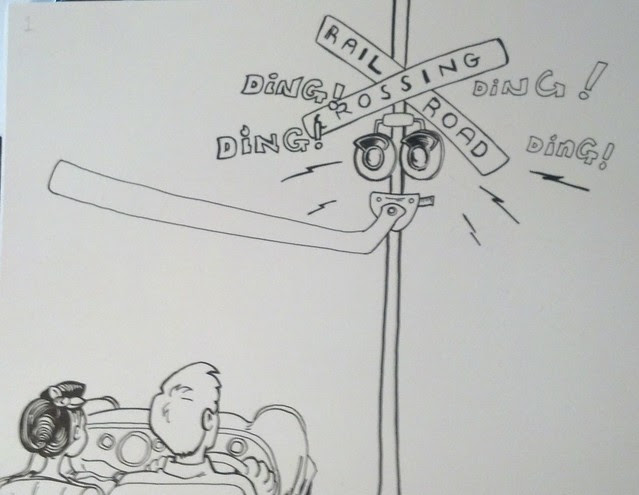 Carlos was a railroad crossing signal.
He took his job very seriously.
When a train approached, Carlos’s lights would flash red and he would sound his alarm:
“Ding ding ding ding!” “Warning! Stop! Stop!”
Carlos would lower his arm and all the cars would stop and wait. 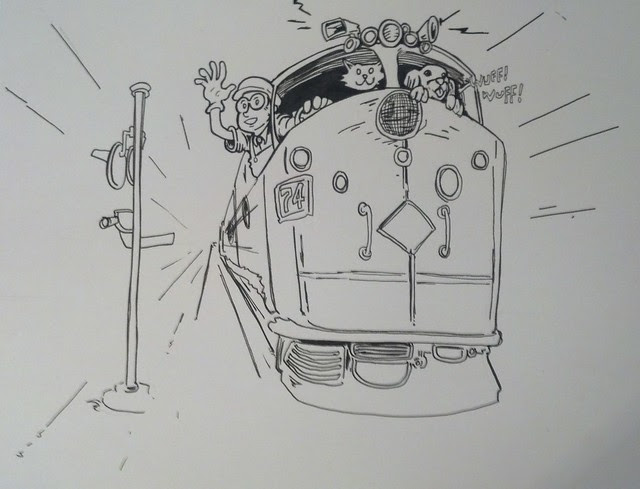 “Ding, ding, ding, ding!”
“Toot toot!”
The sound of the approach train grew louder and lounder until turned into a thunderous roar.
Carlos felt the wind rush against his arm as he help back the cars and trucks who were waiting to cross the tracks. The power of the hulking train took his breath away.
When the train passed, Carlos stopped his flashing lights, quieted his alarm and raised his arm, allowing the cars and trucks to go on their way.
Carlos loved his job and the responsibility of keeping the people safe from approaching trains. 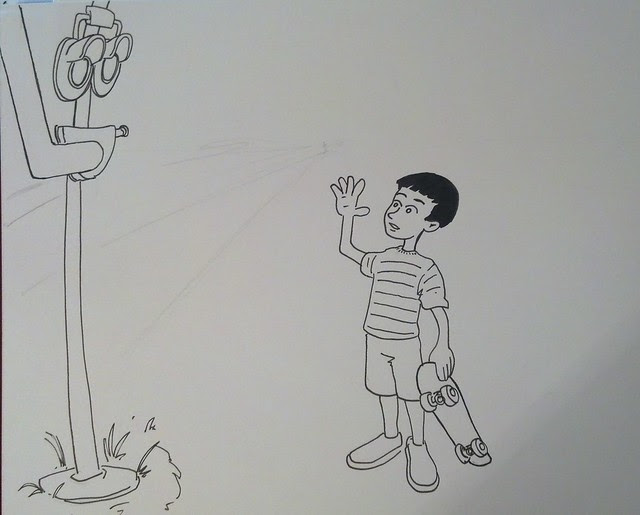 And he wasn’t the only one!
Noah was six-years-old and he loved watching Carlos work.
Every day, Noah rode his bike to Carlos’s railroad crossing by Aquatic Park in Berkeley, California.
Sometimes he came with a friend to play baseball in the park. Sometimes he came with his whole family and they ate ice cream by the tracks and waited for a train to approach. Sometimes he came alone.
Noah thought Carlos was super cool, and he wanted to be friends with him, but he didn’t know how. All he could manage was to smile and say “hi.” 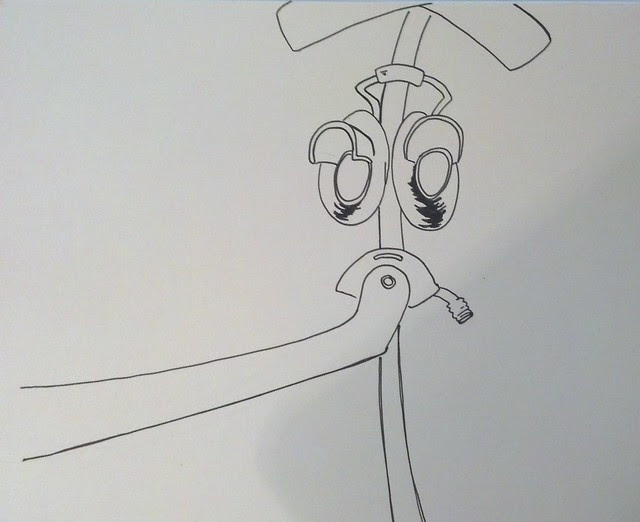 But Carlos became unhappy.
He grew tired of standing in one place while the train roared past. He was tired of his job and the responsibility. He wanted to travel. He wanted to see the world. He wanted adventure. He was tired of Berkeley, California. He was even tired of Noah coming to see him, day in and day out, with a smile and a wave. “Why does he come here every day” he thought grumpily. “Doesn’t he have anything better to do?” 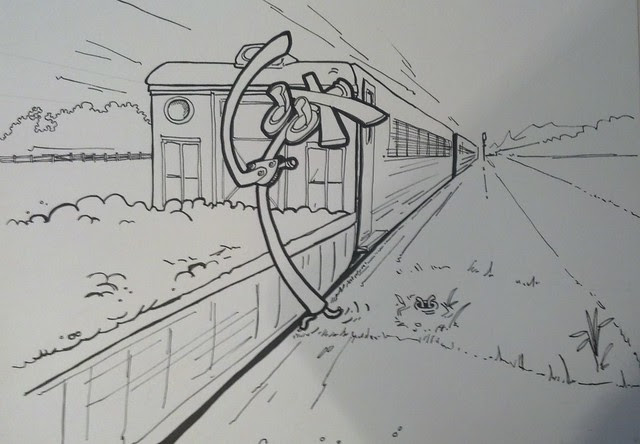 One day, Carlos couldn’t stand it any longer.
Strangely, as the 4:45 train approached him, it slowed to a crawl. The engineer was ahead of schedule, and he needed to slow down so he wouldn’t hit the train ahead of him.
Carlos thought fast.
There were no cars waiting to cross the track. No one would know if he didn’t lower his crossing arm and flash his lights. He closed his eyes and jumped as the train passed and landed on a pile of soft sand that filled a hopper car.
“I did it!” shouted Carlos as the train picked up speed and he roared down the track. “I’m off the see the world! Bye Bye Berkeley- I’m never coming back!” 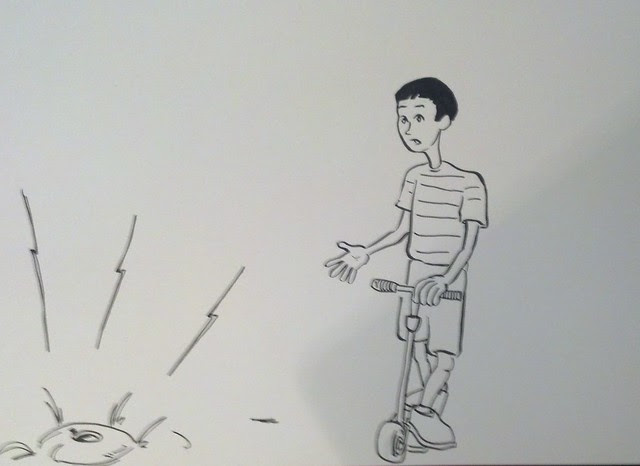 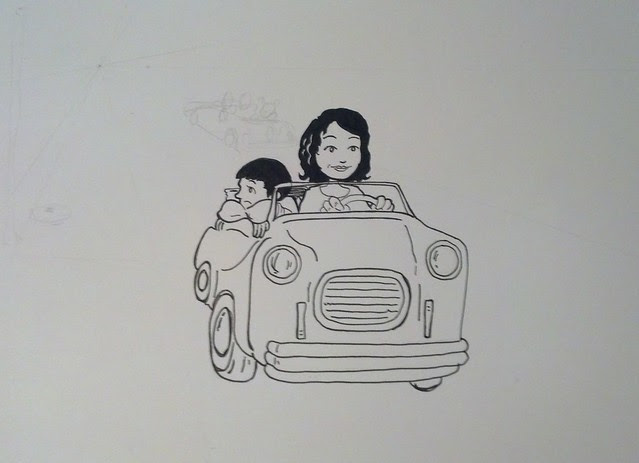 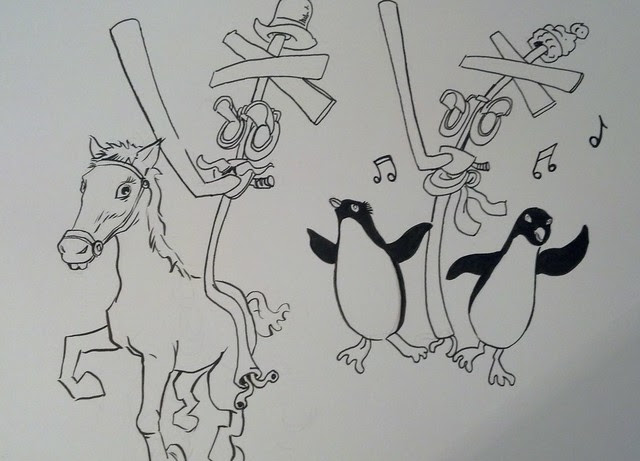 On the other side of the world, Carlos was having a wild adventure.
He galloped with the gauchos across the pampas of Argentina; he danced with penguins in Tierra del Fuego.
He ate pain au chocolate in Paris and churros in Seville. 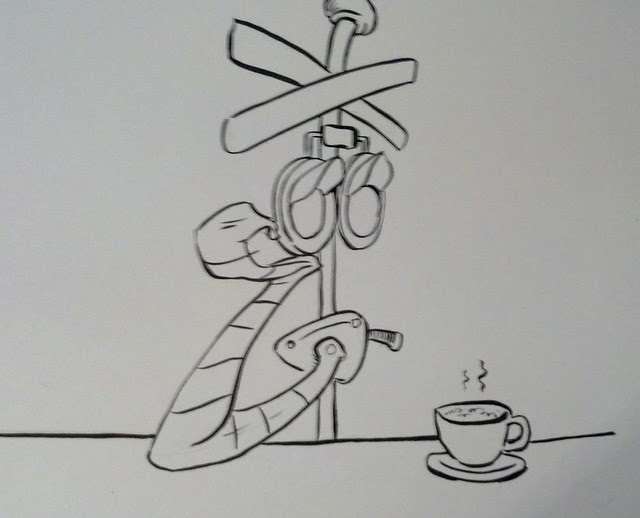 But eventually, Carlos grew tired of moving from place to place. Every town seemed a blur, and after a while, they all looked the same to him. Worst of all— he was lonely. He met lots of nice people and trains, but he never got a chance to get to know anyone of them very well. He never got a chance to make a friend.
“I wonder what Noah is doing in Berkeley,” he thought. “Does he still come by the train tracks near Aquatic Park? Does he wonder where I am? Is there a new railroad crossing signal in my place? Does he even miss me at all? 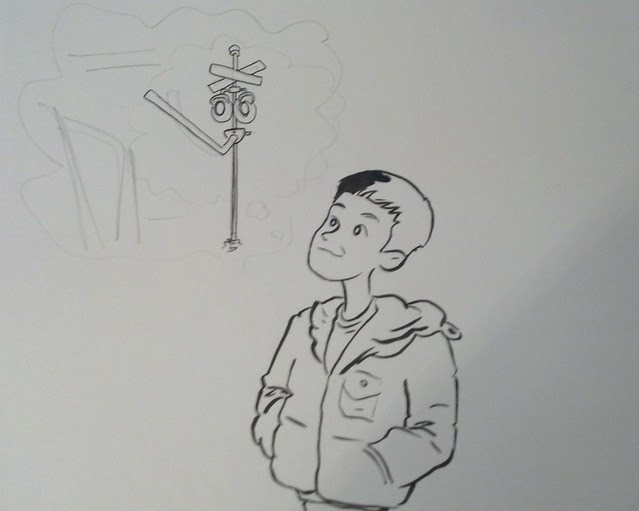 The truth was, Noah did miss Carlos. A lot. And he vowed, “If Carlos ever comes back, I am going to do more than say ‘hi’ and wave. I can talk to him and we will be friends. Maybe then he won’t want to leave again.” 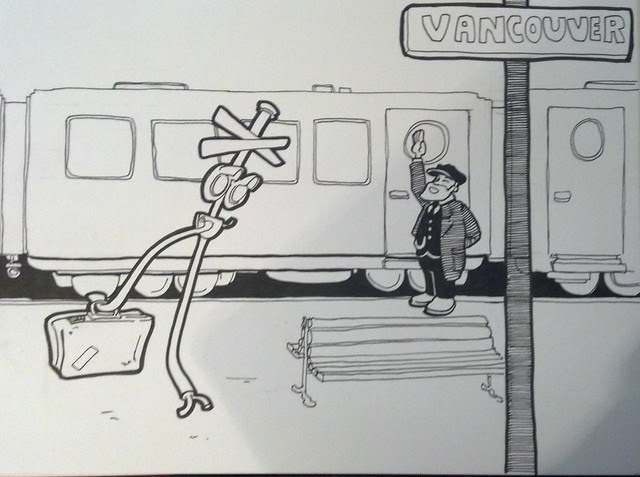 One day, Carlos found himself in Vancouver. He had journeyed for many days and nights, riding through the Rocky Mountains in the ice and snow. He was worn and cold and tired. He wanted to go home to California.
Across the train tracks, he hear a conductor call “SACRAMENTO!” All aboard for Sacramento, California!”
Carlos’s heart jumped. He could go home!
He raced across the station and jumped on a flatcar just as the train was pulling out. Soon the wind was rushing around him as he sped his way down south. 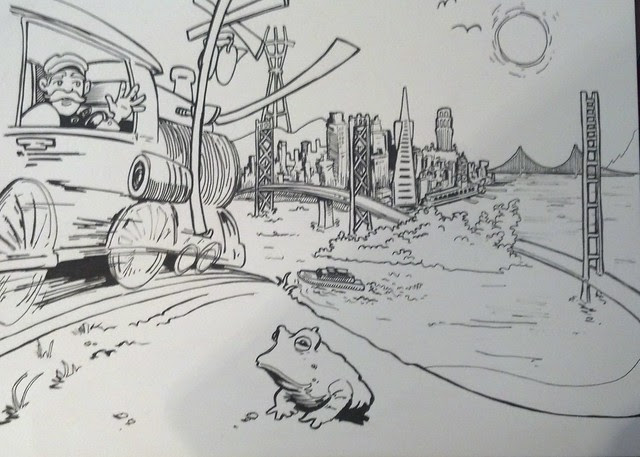 From Sacramento, it was just a short connection to Berkeley. Carlos watched eagerly as the familiar landscape unfolded before his eyes: the blue water of the San Francisco Bay, the Albany Bulb, and finally, Aquatic Park.
The train rushed past his crossing and pulled into Emeryville station a few minutes later. Carlos hopped off and jogged back to his place. He pushed the warning sign and barricades aside and resumed his position at the corner of Bancroft and Bolivar. 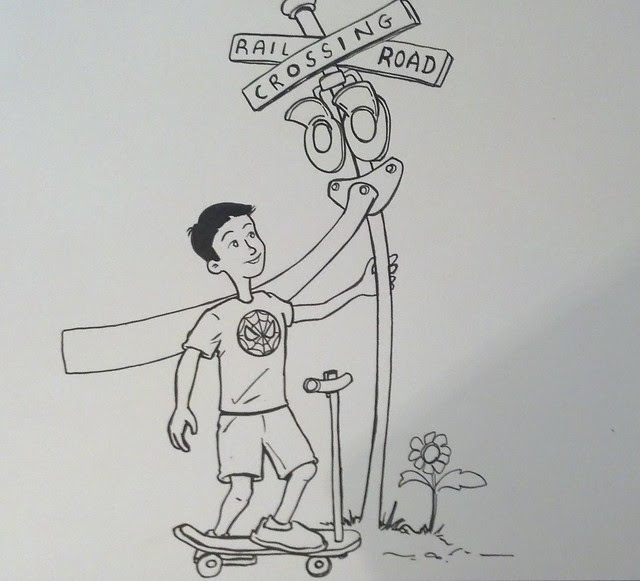 The next day, Carlos was pleased to have a visitor: Noah. He saw the boy on his scooter approaching with a warm smile spreading across his face.
“Hi!” said Carlos
“Where have you been?” asked Noah
“Where haven’t I been! Let me tell you! But one thing’s for sure—I am glad to be home.”
“Me too,” said Noah.